Antenna Netherlands is closely linked via the Antenna Association based in Geneva since 1986 with sister organisations in France, Switzerland (Antenna Technologie), Colombia ( Antenna Colnodo) and India (Antenna Trust). The dutch and colombian organisations are similar – in fact twins – the others provide likeminded services in the field of agricultural and nutritional technology.

How viable is Antenna?

Antenna has never received subsidies or grants for its activities and worked as 100% self reliant professional service since 1986. Although our slogan is “Networking for Progress, Not for Profit” Antenna in fact operates all these years on a healthy sound financial basis and positive result. Our contribution to the public sector via income tax and VAT (Moms) increases each year. What remains is reinvested in human and technical resources and innovation aimed to provide the best possible professional service.

Antenna has assisted in the launch of various succesful ISP organisations aimed at NGOs in many countries. Most of them became and remained sustainable operations. Antenna has maintained self control over its resources, assets and technologies while sharing its expertise and experience with others.

In 1986 but even now we still feel ISPs must provide independent, viable, affordable and sustainable services. No cross financing via other activities which can interrupt the services. Contracts must be respected, domains, E-mail and websites kept alive and accessible to avoid interruption of the daily work of all users.

How affordable is Antenna?

Some of the tarrifs of Antenna are higher compared to others, but include more service and quality components. We believe that services in order to remain a sustainable support for users must be both viable as affordable. When users feel they can not subscribe the offered service we have a range of budget models to accomodate users with lower income situations.

How sustainable is Antenna?

Antenna has proven as independent service organisation to be sustainable due to its self reliance since 1986. As foundation Antenna can not be bought, is aimed at servicing the public sector and will remain working in the public sphere and domain.

Antenna has no growth scenario, we believe in the networked society, in the network economy, sharing and cooperating with other agencies, organisations and services. Antennas income comes for a substantial part by reselling its services via others, but also reselling the services of others via Antenna. 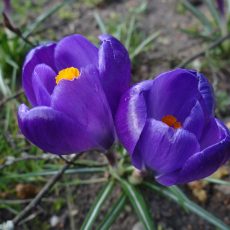