In 1992 several months after the launch of the World Wide Web by Tim Berners-Lee of CERN in Switzerland Antenna was asked to assist Greenpeace International to launch their first website. In fact it meant it was one of the first webservers on the Internet: For years it remained among the top 10 of the most visited websites. Besides the Greenpeace site very few webservers were at that time available. Launching their own webserver was needed as there were no Internet Service Providers enabling public sites. (1)

Antenna Foundation installed a very early version of Linux on an old Toshiba Laptop – with a 20 Mb hard disk and a 386 processor – functioning as their webserver and hosting the Greenpeace website. NLnet Foundation who provided the leased link to the Internet had to expand the link almost each month as the traffic kept on increasing. Also the server needed constant upgrading as the demand for their information kept growing.

Sjoerd Jongens (2) the ICT coordinator of Greenpeace who invited us to set up their webserver knew Antenna from also using Geonet (3) the X.25 based E-mail network based in Hamburg. Greenpeace requested a private gateway to exchange internal Greenpeace mail and the Internet. All traffic from and to Greenpeace was exchanged by the gateway software we wrote – called Sancho – enabling Greenpeace to shield of their staff mail addresses from open Internet mail. Greenpeace had experienced the bombing of their ship “Rainbow Warrier” by the French Secret Service in 1985 and was keen to keep their internal messaging confidential. Sancho made it possible to convert Internal mail to SMTP (Simple Mail Transfer Protocol) and vice versa.

Soon after this successful connectivity Medicins Sans Frontieres invited us to link their internal Lotus Notes Mail network with the Internet using Sancho.

1) Antenna started in 1986 with a database host based in London and in 1991 we also were connected to Datanet-1 the X.25 network and provided access from X.25 to the Internet via our own link with the University of Amsterdam. When hackers of Hacktic abused this link we were kicked off the Internet. We then managed to place our own webserver at the Radboud University in Nijmegen. And we added a range of dial-up modems via phone lines.

(2) Sjoerd Jongens (1950-2008) died in a bicycle accident on his way to work at Greenpeace International in Amsterdam in november 2008. He joined Greenpeace in 1987, when he took on the job of radio operator at World Park Base in Antarctica — a place he loved for its beauty, its solitude… and the clarity of its atmosphere as a transmission medium for radio waves.

(3) Antenna used since 1986 Geonet as E-mail platform for the Interdoc Network enabling 400 NGOs mainly from the South to exchange mail. Antenna was the help desk and as operators we contracted Soft Solution in London. X.25 networks were not yet linked to Internet mail. Antenna was among the first networks who enabled exchange of mail between various pre-Internet mail networks like UUCP, Fido, X.400 and Geonet. Thanks to Geonet also to Fax and Telex. 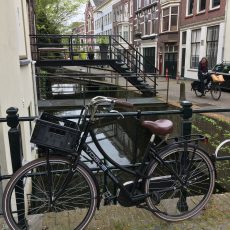 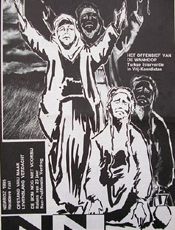 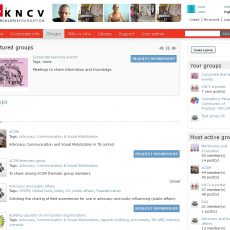