The Seropositive Ball was a networked event that lasted 69 hours non-stop. It was a shadow conference to the World AIDS Conference, which was held the same days in San Francisco. Because people with HIV and AIDS were not welcome in the USA, both the Paradiso gathering as well as the especially designed 0+net offered a way to show commitment, share feelings and insights, exchange knowledge and art and express political views for many people involved.

The 0+net was also accessible in some of the AIDS wards in Amsterdam as well as in San Francisco and New York. The 0+net was a ‘demo’ for a to be developed HIVnet: it offered an easy intuitive interface (the world wide web had not yet been invented yet), mail and newsgroups, a first online art gallery and many knowledge sources. Participants, contributors and organizers of the Seropositive Ball came from ACT UP, self organizations around HIV and AIDS, the arts, the sciences, the medical establishment and political bodies. Dramatizing the differences in relation to the uncommon ground of HIV and AIDS at the time as well as finding the common ground between all involved were in the focus of our attention and were a great concern all along in the creation of this networked event.

“In March and April 1990 we approached many people and organizations and we found that after a good conversation many people appreciated our initiative.note 171 In the following prospectus that we sent out at the end of April 1990 we stated “Paradiso is the organizer of the Seropositive Ball and its attendant activities, in collaboration with ACT UP Amsterdam, AIDS Info Monthly newsletter, Time Based Arts Gallery (Amsterdam), Antenna Foundation Nijmegen (member organization of the Interdoc network) and the University of Amsterdam’s Center for Innovation and Cooperative Technologies (research group for Support, Survival and Culture)” (Personal Folder ‘Before 1st of May’, 1990). The prospectus consisted of several elements in the following order: a press release, a description of the setting for the Seropositive Ball, which describes Paradiso and how the place would be designednote 172 , a text about ‘package time’ note 173, a story which sketched the atmosphere of the 0+Ball, an impression of the Art that could be seen “in Places, on Walls, on Screens, in Networks”, a provisional programme of issues that would be addressed in debates and workshops and a fact sheet about AIDS. The prospectus was sent around the various networks of the organizers. Michael Polman, from Antenna, had been part of the Galactic Hacker Party. Through his support, and the support of the INTERDOC network, at this early stage, the 0+Network was able to connect to the southern hemisphere as well. Not only the USA and Europe would be on the agenda for our conference, but via the net we could invite people to participate from other continents as well. The connection with Brazil, for example, turned out to be very fruitful, inspired by the 0+Ball they organized their own event later (Personal Folder Fold and Follow Up, 1990). In April 1990 we announced that the 0+Network was a demo version for a yet to be developed HIVnet in the future.”

Caroline Nevejan described the event in a chapter in her Dissertation.

A lot of details can be read in the report on the event (PDF) which was published by Patrice Riemens (board member Antenna) and Caroline Nevejan (at the time project coordinator in Paradiso). 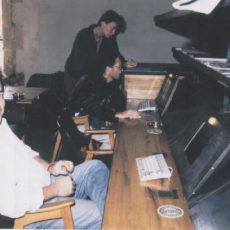 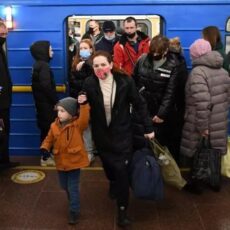