First of all we have deliberately chosen to spent a lot of time growing
roots inside our own backyard, the Netherlands, and to built links with the
existing platforms and initiatives here both on the national as on the
local level. That ment participating in a range of platforms and networks
and reaching out to the NGO community via workshops, seminars and to be present at national fairs and conferences aimed at NGOs and activists.

We joined a platform for Telematics initiatives for the educational field,
coordinated by the dutch I*EARN coordinator Peter Baak. And offered all
participating BBS- and telematics-projects a link to Internet via Antenna.
This has resulted that we now have 9 regional dial-up links exclusive for
schools with their own domain and a joint newsfeed. One of the regional
projects invited us to built a finemazed network of public schools which
now has more then 450 schools linked in one of the regions of the
Netherlands. We did this WITHOUT subsidy, each school paying around 10
US$ per month to the project. The remaining educational links we have now
realised include international EDEN, ASP and other UNESCO projects, with
in total around 800 schools in the Netherlands incl. 5 polytechnics.

Antenna has been facilitating the EADI (European Association of Development Institutes) for some years, and the dutch platform for International Cooperation and Development (VIIO) of which most of their members joined the Antenna Platform. That ment presenting workshops during their annual meetings and conferences and facilitating free listserv and Internet-resources that attracked a lot of new users and projects. This resulted in an active participation on the international (IDIN), European (EADI) and national (VIIO) level.

Most NGOs and users see Antenna as national platform for communications, a kind of targets oriented network, not a public access to the Internet. We are not being listed (thank Goth!) as IP provider in spite of the enormous amount of traffic and links we have been producing with our users.

We were lucky with the constructive support of our partner GreenNet that
gave us all their users in the Netherlands and technical assistance in
terms of newsfeed, mail links and emergency assistance.

It has been a very positive step for us to become partners and jointly one
member of APC. We could focus on the building of a dutch NGO network,
while our partner kept us informed on APC matters.

APC-news was “freely” available before we started thanks to the hackers that used some perl-script to convert FTP-downloads from an IGC-mailbox to USENET Newsfeed. The first thing we did was to ‘legalize’ this hacking by offering the hackers their own feed – a delicate negotiation process – within the APC domain. Still the feed is being received by Artnet (dutch BBS), Camelsnose and some others via a FIDO based link to GreenNet. Both project have no large user base and offer very cheap and free access. We also see frequently APC newsfeed being hacked by users of APC (Peacenet, GreenNet, Antenna) and redistributed in some form.

Our APC newsfeed policy is simple: Without prior agreement we prohibit
as much as we can re-transmission of newsfeed to other BBS or host system
by our users or approved APC news links. We are less active when the feed
is non-commercial and with full credits to APC and users are given free
access. So de-facto reselling is prohibited, but free access encouraged.

This way the commercial NGOs and IP providers are not interested to join
our APC formula, while local projects and freenets obtain partial newsfeed.

We are feeding also to schools and polytechnics small sections of the APC
newsfeed when it assists their projects. We also give free logins to groups
of students (or people that are actively involved in NGO activities as
group but without subsidy). Criteria are working in a group and no subsidy.

Noticias is a group of latinos living in Amsterdam that produce the APC
newsgroup noticias.europa a newsfeed in spanish on europa for latinamerica. They receive latinamerican conferences and offer free access to latino’s via their own bbs (noticias.aps.nl). APS.NL is also a domain registered with Antenna, in use for ‘extreme’ radical groups and projects. Noticias is planning to ask for subsidy for their APC news database service
and came to us to work out a APC acceptable formula.

We are also working with an APC-readership for US$ 3.50 per month for those that already have access to an Email service or Internet host.

Currently we are under heavy attack by a range of hosts via a public
newsgroup (hacktic.fenix) and a public listserver (fenix@xs4all.nl) which
many of our key clients receive unrequested and most other dutch host
systems. It is an attempt to force the dutch NGO community to create a
‘shadow’ APC newsfeed where each APC user should post interesting
articles that are not free available to other hosts. This blunt attempt
to force us to share our dutch ANN newsfeed (50 dutch newsgroups we
share with Knooppunt.be) and international APC newsfeed (we only receive 250 APC newsgroups so far) will not work as most of our users and most hosts accept our policy: APC news is protected newsfeed to avoid flaming and noise via unwanted contributions, to avoid commercial misuse of NGO resources and to contribute to cost reimbursement of southern partners.

We started to feed a small anti-apartheid BBS in Denmark (inform-bbs.dk)
that tried to obtain a newsfeed from Nordnet, but failed to work out with
them some proper arrangement. ‘Inform’ seeks not to replace Nordnet but
enable broader usage and access to African newsfeed by danish
anti-apartheid orgnisations. They have a one-line BBS on a MAC and only
can receive one newsgroup, therefor we email 14 newsgroups on southern
africa to ‘inform’ via E-mail. We have urged them to work out a more
solid formula with Nordnet and offered our help to facilitate this in
the very near future. We just started to test the newsfeed last week.
They explicitely are told we have to respect the APC rules that dictate
that they have to come to terms with Nordnet as APC rep. for Denmark,
but since their sysop is befriended with us we saw no harm to offer
some technical assistance by testing the mailfeed with a limited newsfeed.

We also facilitate newsexchange via our dutch ANN (free translated:
Alternative ‘Dutch’ News Network) feed and
‘Villa Achterwerk’ a free dial-up WWW and BBS service of the broadcasting
association VPRO and a range of schools linked via Antenna. ‘Villa
Achterwerk’ is both a popular newsfeed for the youth (12-18) and a
popular TV programme. VPRO is planning to make special TV programmes
around NGO newsservices like one can find on APC and Antenna.

A large part of our income is not generated by our users but via
special consultancy and engeneering projects we execute or coordinate
for a range of international organisations: (for most we opened their
own .ORG domain: greenpeace.org, wwf.org, greentie.org, asp.org, msf.org,
eadi.org etc. etc.)

Some of you remembered that we published in 1990 together with CIIR the
book of Graham Lane “Communications for Progress” which was used for many
networks as handbook to grow their own networks. We distributed many
copies free to the South and Eastern Europe that were paid by the sold
copies in the Netherlands (around 1,000 copies).

We just released a new book “Van Bolwerken tot Netwerken” discribing the history of Interdoc, APC, Antenna and a range of ductch networks (including the notorious hacktic.nl, hivnet.org, noticias.aps.nl, aps.nl and Act-Up) that formed the NGO side of the dutch Telematic platforms and Internet over the last decenium. The book (200 pages) is sold in many bookshops (via the publisher Ravijn) and is FREE in full hypertext available via Antenna.

In 1993 we were involved in the development of the conception of the
Digital City of Amsterdam (dds.nl), but we broke up with the organising
NGO as their aim was more to form a digital skycraper in a well
protected domain then a broad platform for public communication.
Nevertheless the project became the most well known
digital project and attracks tenthousands users each day. We have a very
peculiar relationship with them: they try to rule the dutch waves by
offering free access (No access to the Internet itself) in return for
more and more advertising. The dutch government and the municipality of
Amsterdam are with the dutch PTT (KPN) the big funders and sponsors. As
you can imagine the sponsors demand specific features and services like
paying taxes via this dds system and a control over the public newsgroups.

Our proposal was to have each user contributing with a small amount per month in return for free access to the Internet plus unrestrained options to
discuss, communicate and browse the resources.

Our motto is “An independent citizen licks its own stamps”, stressing the
fact that paying for the access enables free flow of communications and
information and prohibits the destruction of Internet by the artificial
and forced split-up of users to become either information provider (and
hence financial sponsor) or information consumer. We still feel that the
strength of networking is sewing and harvesting by sharing contacts and
resources in return for the wealth of the Net. Each user is information-
provider and information consumer hence a networker!

The city of Rotterdam invited Antenna to join a steering group to form a new digital city in reaction to the Amsterdam project. Dozens of local
institutions, companies, schools, community organisations and local
government jointly have formed an association called “Mediaport Rotterdam”.
We were hired to organise the building of the servers, the link with
Internet, the conceptual themes of the virtual environment, services to
upload information into the system automatically and arrange public
access via dial-up modems, and via other local IP providers. You can view
(english access) the result at www.mediaport.org.

Other digital regions and city projects have contacted us to join their
initiatives on a similar basis, like Arnhem, Enschede, Nijmegen etc.etc.

We are listed as third IP provider in O’Reilly’s directory but in fact we
are no IP provider: we make use of both official IP providers: SURFNET
(academic field) and NLNET (commercial), de-facto we are the NGO field
provider.

We offer SLIP, UUCP and interative access and we have local dial-up
modems (via NLnet) in Amsterdam, Leiden, Utrecht, Rotterdam and Nijmegen.

We try to avoid being published as IP providers for consumers and end-
users, we present ourselves more as Targetgroups-network and platform
for NGO networking activities.

We are swamped by NGOs to host their WWW site on the Internet. We offer
WWW servers: www..nl for 50 US$ per month onwards, all users of
Antenna can create their own http://antenna.nl/~ WWW site free.

We have 4 X.25 lines, leased lines to Surfnet and NLnet, 8 dial-up lines in
Nijmegen and per other NLnet POP access to 16 modems.

We do offer TELNET links to GreenNet via Amsterdam and Nijmegen with
a public login ‘greennet’ and we are most willing to offer similar
FREE telnet links to APC collegues in return for exchange of formula.
(Easier maybe then APC travel accounts burocracy?)

We are currently discussing the options with our europan partners to
host an european APC meeting in the next few months. We are very happy
with constructive partnerships with APC partners like Nodo50, Inform-BBS,
Knooppunt, GreenNet, Globenet, Econnect, Zamirnet etc. We like to focus
with them on closer cooperation in Europe, more multi-lingual newsgroups,
improved facilitation of europe wide NGO networking activities etc.

We will discuss these plans also with Amalia next week when she visits us.
Does this mean Antenna is willing to become more active (again) in APC: YES!
We have laid the groundwork for a solid basis in the Netherlands and our
financial independence without subsidies via our users and consultancies.
So now we are in a better position to continue (net)working together. 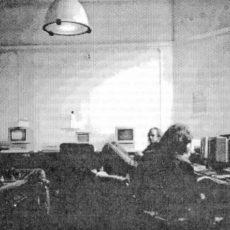 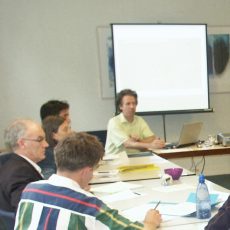